International remittances are one of the major sources of foreign exchange for many developing economies across the world. Developing economies get a financial boost as a result of funds/income transferred by migrant workers working overseas to their families back in their homeland.

Remittance can be either through electronic payments, a cheque, or a draft. Apart from these traditional methods, the advent of technology has resulted in a significant jump in digital remittances, which are much easier, quicker, and safer.

Transfers done through digital channels are done at high speed; the channels are available 24 hours a day, seven days a week; they are easy to use, and they use high-security encryption technology for the safe transfer of funds.

Continue reading to learn more about the general principles of international remittance.

Market for Remittances: A $700 Billion Game!

It is estimated that close to 1 billion people across the world are receiving remittances from outside the physical boundaries of their country of residence. The estimates peg the value of the global remittance market at more than $700 billion as of 2020. This market is likely to grow at a compounded annual growth rate (CAGR) of close to 6 per cent between the 10 years from 2021 to 2030 and will reach a total size of more than $1,200 billion.

The growth of the remittance market is likely to be driven by the Asia-Pacific region, which is likely to witness a surge in the usage of mobile banking and mobile-based digital payment solutions for cross-border transactions.

Also, the rise in international commerce, increasing migration for better livelihoods, and evolving economic trends will further aid the growth of the remittance market in the world.

As per the data available for 2016, expectedly the developed economies of the USA, Saudi Arabia, and Switzerland are the top countries (in that order) from where the highest amount of remittances are generated. These are followed by Germany and China.

There are five major reasons why inefficiencies can creep into the way remittance services are carried out around the world.

These inefficiencies can drive up the prices of remittance services more than they already are and can lead to a deterioration in the quality of the services offered.

The five reasons why issues can crop up are:

1. Users lack an understanding of the importance of being transparent, which reduces transparency in the overall market

It is always important for both the sender as well as the receiver to have a full or fair bit of idea of the service being offered before they commit themselves for use of that service. This not only helps them make informed decisions but also helps make the overall market more efficient.

The key factors where transparency is extremely required are the speed of the service and its total price.

Since the exchange rate fluctuates daily, and the RSPs usually do not keep large amounts of foreign currency with themselves, they depend on other intermediaries like banks to source the foreign currency on their behalf. To cover the risk related to the cost of funds, the RSP charges a margin over and above the actual exchange rate, which is usually different for different RSPs.

Also, the fact that the exchange rates are different on different days, makes the comparison of different RSPs difficult. This is because the same RSP that was the cheapest on a given day in a given currency pair may not be the cheapest on any other day or with a different pair of currencies.

Providing information about the speed of service also helps in improving transparency, and this information is more likely to be known if the RSP is a negotiated, franchised, or unilateral service. Open service providers, however, may not provide this information.

Thus, it is important to have a good understanding of these components to make better-informed decisions.

2. The infrastructure used to offer remittance services is weak

The main challenge for RSP is providing the access points to be adequately present in the market because the viability of its service will depend a lot on its presence in the market.

But now, with the help of technology, this challenge has been addressed to a large extent, as it has done away with the need for physical access points.

Now, a new RSP can easily join the network already being provided by the central provider and service the clients.

3.  The poor regulatory or weak legal framework can result in adverse impacts

Having a solid regulatory framework is of prime importance, particularly when the parties involved are usually in different geographies with different jurisdictions, which makes it difficult to enforce the contracts. At the same time, apart from having a solid regulatory framework, its applicability is also equally important to address any issues.

4. Lack of competition in the market

RSPs have to face the risks arising from fraud, operational and financial risks, as well as legal and reputational risks. Even if the value of the transaction is small, these inherent risks remain.

At the same time, the risk for senders and receivers is that they might lose the funds in transit. This is not a big concern nowadays, as the leakages are very minimal.

The World Bank has laid down general principles for the effective implementation of its policy regarding international remittances. These principles cover five key areas related to consumer protection and transparency; infrastructure related to payment system; legal and regulatory framework; market competition and risk management and governance.

These principles are laid out to address the issues related to the remittance process highlighted above and to set the standards for remittance transfers. Here are the five principles:

The remittance services market should be transparent with adequate protection for consumers. Transparency regarding prices and services enables the consumer to make informed decisions and also helps create a competitive market.

Also, the protection of the rights of the senders and receivers is essential for ironing out the issues related to consumer disputes.

Bring about improvements in payment service infrastructure to increase the efficiency of remittance services. One way to do this could be by linking the relevant domestic retail payment systems of both the sending and receiving countries, especially when both countries have well-developed payment systems. In such cases, it requires well-coordinated cooperation between all the agencies involved in both countries. The development of the SWIFT system is one example of such cross-linking.

A sound, proportionate, and non-discriminatory regulatory and legal framework is a prerequisite to supporting remittance services. It does not require the setting up of rules and regulations specific to remittances; the existing laws of the individual countries may be enough to take care of the requirements of the principles.

To develop competitive market conditions with adequate and appropriate access to domestic payment infrastructure. A competitive market does not allow monopolies to crop up and help improve the overall efficiency of the system. Monopolistic practices can be discouraged by encouraging RSPs to avoid imposing exclusivity conditions on agents in both the sending and receiving countries.

Laying out adequate risk management and governance practises. This will help improve the interests of consumers and build safe and sound remittance services. The remittance industry also faces operational and financial risks, as well as risks related to fraud, law, and reputation. Proper risk control commensurate with the level of risk needs to be established to safeguard the interests of both the sender and receiver.

Formulating an Approach to Implementing the General Principles

Proper implementation of these general principles is the responsibility of both the government authorities and the private players. But to initiate the implementation process, the government authorities have to set the ball rolling by initiating the dialogue and reaching out to the private sector/interested parties so that the inputs from all stakeholders get incorporated.

Monitoring is also an important element needed to track how the market is evolving based on which alterations can be made if required in the policies. The authorities will also have to act as catalysts or facilitators to speed up the processes, for which they need to fix the responsibilities of all the stakeholders involved.

Jupiter Money offers a unique salary account, the USP of which is "on-demand salary." This product provides the facility of withdrawing the salary basis the number of days worked, any day of the month.

There are no hidden charges, nor is there any interest charged on such withdrawals. This product also comes with the benefit of free health insurance, with a free health cover of Rs 2 lakh and cashless coverage at network hospitals.

International remittances are a major source of foreign exchange for developing countries, and the size of the remittance industry is expected to grow exponentially over the next 7-8 years. The general principles laid down by the World Bank have ensured the smooth functioning of the industry and have helped address the issues that crop up, especially when the transaction entities are in different geographies and jurisdictions.

With the advent of technology, the remittance industry has undergone a sea change, with the share of digital/electronic transfers increasing at a rapid pace. This has simplified things not only for the senders and receivers but also for the remittance service providers, and soon this industry will also see real-time transfers similar to the ones that happen within a single geography.

What is the full form of FIRC?

FIRC stands for "Foreign Inward Remittance Certificate." It is a testimony that all incoming international transactions were carried out accurately in the account for which they were meant. It’s proof of an international transfer received by a business or an individual.

Which is the best method to transfer money internationally?

How do I transfer money internationally?

e-FIRC, also known as electronic FIRC, is proof of the payment received. It gets generated when the receiving banks confirm the receipt of export proceeds/international payments on the Export Data Processing and Monitoring System (EDPMS), a portal of the Government of India. 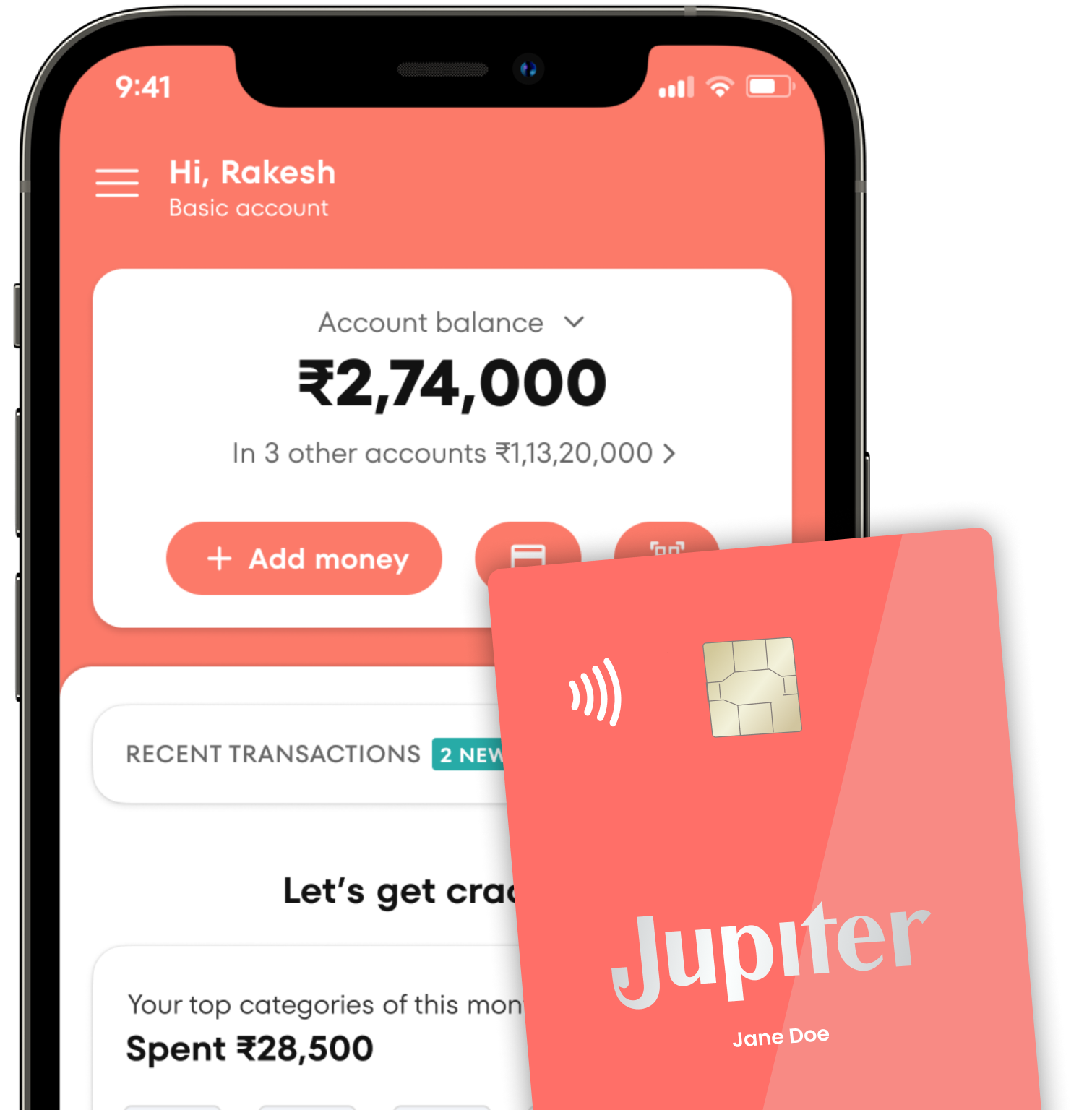